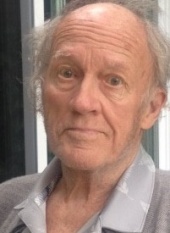 Passed away on October 7, 2019, in Sherbrooke, Quebec. Left to mourn are his loving wife Anne MacIver, daughters Deborah and Lucy, son Peter, granddaughter Emma and grandsons James, Hudson and Elliot. Pre-deceased by his son Ian. Gil will also be fondly remembered for his warmth and humour by a host of friends.

Gil was a graduate of Ashbury College, the Royal Military College of Canada, McGill University and Cambridge University. In 1961 he founded the Department of Geography at Bishop’s University and was named Emeritus Professor of Geography in 1992. Gil was an outstanding teacher to several generations of Bishop’s students in whom, during a career spanning four decades, he instilled a love of learning, intellectual curiosity and academic integrity. A true Renaissance Man, Gil was an all-round athlete, an avid skier, an accomplished photographer, a scholar of international repute, an authority on Arctic whaling and exploration, an Eastern Townships historian, and a prolific author. His last book was published just four months ago. Gil was also a latter-day golfer, a sometime maker of honey and maple syrup, and a connoisseur of fine rums.

A memorial service will be held in St. Mark’s Chapel, Bishop’s University, in the spring at a date to be announced.

In lieu of flowers, donations may be made in Gil’s memory to the Fondation CHUS.

Dear Anne - I don’t know if you will remember me or not but I do remember you from my days of working at the CIBC in Lennoxville. I also do remember your husband, Gil, and want to send along my sympathies to you at this very sad time. May it help to know that friends are thinking of you and sending prayers during this time of loss.