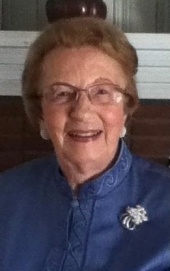 She is survived by nephews Peter and Lynn Tibbitts; and loved and          treasured by numerous Skillen and Hastings family members.

A graveside service will be held in the spring of 2022 in Melbourne, QC, Canada at a predetermined time that will be announced.