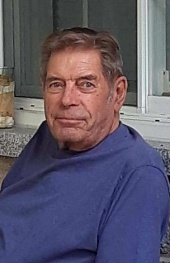 Passed away in Sherbrooke, on December 2, 2021, at the age of 81, Mr Nelson Aubrey, husband of the late Verley Francis. He was son of the late Pierre Aubrey and late Patricia Gaulin.

Greatly missed by the family he loved and cherished.

He also survived by his sister Shirley (Derek Large), his brother Herman (Helen), his brothers-in-law and sisters-in-law, nieces, nephews as well as many other friends and relatives.

A graveside service will be held at Beechwood cemetery, Ottawa at a later date.

Donations to La Rose-des-Vents would be appreciated.

To the Aubrey family

My deepest sympathy to you and your family in the loss of your father.

Sincere sympathy to the family for their loss.

My deepest condolences to you both and your families. My thoughts and prayers are with you.