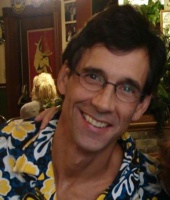 With heavy hearts, we announce the passing of Mr Murray Grummitt at the Maison Aube Lumière in Sherbrooke, Quebec on Sunday, January 13th, 2019, at the age of 66. Murray Grummitt is survived by his beloved wife and companion of 27 years, Deborah Frenette, residing in Stanstead.

Originally from Deep River in Ontario, Murray developed into an accomplished sportsman, with his early introduction to sports by his loving father. He was passionate about sailing and eventually became an instructor. He was an avid skier and instructor at the High Park Ski Club. Murray enjoyed the great outdoors and loved to camp, hike, and spend time at the ocean.

Murray was a gifted and skilled tradesman with UA Local 46 in Toronto, Ontario. Murray’s friends assigned him the reputation of being a mechanical genius. Deborah said of Murray “There is nothing that he could not fix and fix well, except a broken heart. Now I am thinking he can even heal that!” He was involved in the Frontier Animal Society, fostering kittens, walking dogs and taking on handyman jobs at the shelter. Murray was always ready to extend a helping hand to others. Rarely did he pass a car stopped at the side of the road.

Murray was a steamfitter, mechanic, an instrumentation technician and instructor for his fellow union members. He worked hard and played hard.

Murray enjoyed travelling with Deborah. At Murray’s insistence, and with Guidance from Jesus, together, Murray encouraged Deborah to become a certified hypnotherapist, which led to further training, her own therapy practice, and many global healing projects. Deborah applied these techniques to help Murray with his health. Deborah and Murray researched and applied many different mind and body healing techniques. Murray emotionally supported Deborah with her work, and in 2005- 2010 the couple travelled to Cuba for healing trips, working with people in Cuba. Much of that time was used to attempt to create a demonstration project for presentation at a congress in Cuba. Despite the healing of over 100 people in Cuba, and the support of the community and doctors there, the project did not find a partner organization in North America. The work continued on a small scale during several trips to Costa Rica.

During trips to Cuba in the late 1990s, the couple had extensive and life-altering experiences with dolphins. As a result of a connection with the dolphins, over the last 16 years, Murray devoted time with Deborah to bring healing for Earth disturbances.

Murray was proud to be a grandfather to his only grandchild, Madison Anne Millett. He was looking forward excitedly to his next grandchild, a boy, due in February.

He will be sadly missed by his stepchildren Jessica Millett (Dan) and Amy Hughes as well as his granddaughter Madison. Murray was predeceased by his father, William Grummitt. He was a dear brother-in-law of the late Doug (Betty-Jean), Heather (Tony), Mike (Sue), Patrick (Amanda), and John. His long-time friend, Al Ratcliff, was an important visitor to Murray in his last days. He will also be missed by many cousins, nephews, nieces, other relatives and dear friends.

The family wishes to thank the caregivers of the Maison Aube-Lumière. Deborah often remarked to the staff there: “There is no place on Earth I’d rather be with my husband during this last phase of life.” We thank Dr. David Fortin of the CHUS-Fleurimont for the innovative and compassionate medical care provided to Murray.
In lieu of flowers, donations in Murray’s memory to the Frontier Animal Society, 2405, Griffin Rd, Ogden, Stanstead, QC, J0B 3E3, or to the Maison Aube-Lumière, 3071, 12e Avenue Nord, Sherbrooke (Québec), J1H 5H3 would be appreciated by the family.

Celebration of the Life of Murray Grummitt: The family invites you to join them at the AM Déjeuners & Dîners 232 Rue Dufferin Stanstead, Quebec on Wednesday, Jan 23 from 530 – 730 pm for visitation, local music and refreshments. Please contribute a eulogy for Murray in person at the event or via email to be read at the celebration. Please pre-register with Deborah at frenettemcm@gmail.com

Deborah and the family

My heartfelt condolences to all of you. I wish I could be there to honor and celebrate with you, this man who I hardly knew but always felt such respect for. Murray was humble, gentle, kind, and giving, qualities that shone whenever he would cross my path which was usually when he and Deborah were on their way for a walk towards the Stone Circle and river, or wandering through the gallery in Stanstead. To me Murray was an observer of life, a quiet and thoughtful man that seemed to take in everything you would say and really BE there. He knew how to listen, and for this I was always grateful.
I didn't know him well, but I will miss his deep presence. My love to you all,
Jackie

So sad that Murray's gone, but so happy I got to meet him..and you. I'll always remember you two riding bikes all around Playas Del Coco, Costa Rica.
Stay strong Deborah.