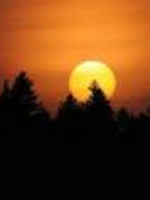 He is survived by his beloved wife Janet (née Henderson), son Hugh (Sally), of Ottawa, and grandchildren Ian and Annie; and daughter Kathleen, of Petawawa; and by his first wife Wendy Scott and their four children: Marian (the late Lewis Harris), of Montreal, and grandsons Benjamin and Samuel; Robert (Sandra) and granddaughters Madeleine and Lily; Melanie, of Wakefield, Que., and her twins Evan and Mariel Scammell; and Peter (Susie), of Albion, Ca. His sister, Mary Poapst, of Toronto, died earlier in 2018; his younger brother, Gavin, died in 2008.

Born in Vancouver, John was a son of the Old Testament scholar R.B.Y. Scott and grandson of Rev. John McP. Scott, of the St. John’s Presbyterian Church, for whom Toronto’s Scott Mission was named. John attended the High School of Montreal and McGill (B.A.’53), where he was editor-in-chief of the McGill Daily. He was a reporter and assistant city editor of the Montreal Gazette before joining Time in New York in 1957.

In 1962, he returned to Montreal as head of the magazine’s first editorial office outside New York.  Under his direction, Time Canada recruited a talented young staff who greatly broadened the magazine’s Canadian coverage. In 1973, John became chief of the Time-Life bureau in London. After Time closed its Canadian editorial edition in 1976, he stayed on as Time’s Ottawa bureau chief, retiring in 1984.

A memorial service will be held in Georgeville on Saturday, January 5, 2:00 pm at the GeorgevilleUnited Church, followed by a reception at the Murray Memorial Centre. In lieu of flowers, donations in his memory may be made to the Memphremagog Hospital Foundation, 50 rue St. Patrice Est, Magog, QC, J1X 3X3.

Our sincere sympathies . He will be sadly missed by all. Our thoughts and prayers are with you.

Dear Janet and all Scott Family,
We are sad to hear via Raymond Décarie of the recent passing of John. He has always been such an important part of the very “fabric” of our beloved Georgeville and we shall miss his presence there! You are in our thoughts and prayers at this special time.