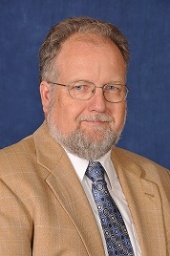 Passed away at the Maisonneuve-Rosemont hospital, on December 7, 2018 Dr. Jacques Suprenant, at the age of 65. Beloved husband of Nadia Dumont, residing in the Canton of Melbourne.

In respect of his last wishes, there will be no funeral service.

The family wishes to thank the staff at Maisonneuve-Rosemont Hospital; in particular, the GMO-Urgence team Dr. Alaoui, Dr. Kiss, Dr. Bambace and Dr. Roy, all the nurses and caregivers of H31 and H12, Mrs. Louise Racinette and the nurses Ms. Martine Séguin and Louise Chevalier and the wonderful team of the 5-CD, especially the nurse Mr. Omar.

The family also thanks the medical staff of the CHUS-Fleurimont Hémato-oncology, more specifically Dr. Beauregard and Dr. Éthier, the entire nursing eam on the 7th floor, the oncology and pharmacy-oncology care team of the 7th, Dr. Poulin, pulmonologist, as well as the nurse-pivot Ms. Marie-Josée Allard.

A special thank you to the team of the "Lina Cyr House": Nathalie B., Mylène, Sébastien, Lucie and Annie, as well as friends transplanted or waiting for a transplant and their loved ones: Michel and Gisèle, Christian and Karen, Florent and Marjolaine as well as Paul and Huguette.

Finally, thanks to the close friends who have given constant support to the family: Linda and Ken, Hélène and Julien, Cécile, Pauline and Trenlhom, Claudel and Michelle, Diane and Michel, Francis and Brigitte and Danny Dunn.

donations could be offered to the following foundations:

The Lina Cyr House of Graves