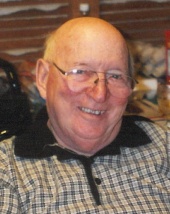 Henry passed away at home on Friday April 27, 2018 in his 91st year. Husband of Ruby Rogers, he leaves to mourn his children Henry (Michline), Jon (Karine), Donna (Denis), Patricia (Steve), Angela and Joann. He will be sadly missed by his grandchildren and his great-grandchildren.

In respect of Henry’s wishes, there will be no visitation and no funeral service.

We are very sorry for the pain you are going through and we are offering our prayers and thoughts for you. Stay strong.
Shirley and John Mulholland