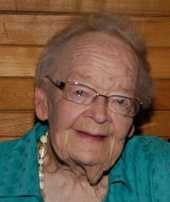 Eunice Baldwin passed peacefully at the Wales Home in Cleveland, on May 19th with her nephew David by her side. Born in Baldwin’s Mills, Quebec, she was the daughter of the late Harold and Ruth Baldwin. She is survived by her brothers W. Keith Baldwin (the late Evelyn Rowe) and Lester (Jacqueline Peloquin). She was predeceased by her brothers Elvyn (the late Jane Ross) and Richard (the late Cecile Lefevre) and her sisters Ruby Baldwin Racicot and Alice Baldwin Corey.

Aunt Eunie will be fondly remembered by her many nieces and nephews and their children.

Donations to the Wales Home Foundation in her memory would be gratefully appreciated.