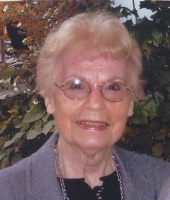 Doris passed away at the CHUS-Fleurimont on February 9, 2019, at the age of 88.  She was the beloved wife of the late Charles Davis and cherished mother of Larry (Andrée), Roger (Sandy), Michael (Brenda) and Steven (Joanne).  Doris will be dearly missed by her grandchildren:  Julie, Jason, Becky, Joe, Rachel, Nicole, Kristina and Stephanie; her 8 great grandchildren; her sister Yvette (late John); her brother Claude (Annette) along with many nieces, nephews, other relatives and dear friends.  She was predeceased by her brother Roland (late Marie-Paule), her sister Jeannine (late Raymond), her brother in law Jim (late Gladys) as well as her sisters in law Doris (late Gordon) and Helene (late Arnold).

Doris, one of 5 children of Eleoza Poulin and Joseph Vaillancourt, was raised in Compton, then Ayer’s Cliff. She met Charlie as a soldier returning from war and they were married in 1949. They lived in Ayer’s Cliff for a period before settling in the Three Villages area. To add to the family income, Doris did sewing at home while the boys were young.  As the boys grew older, she gained work as a cashier at the A&P grocery store in Rock Island.  She was working the day that the fire took the store (then the Warehouse Market) in 1977. When the new Provigo store opened, Doris worked there as a cashier. Her aptitude for business became apparent as she worked her way up to manager; the role she retained until she retired. She excelled in this capacity as she was competent, self-directed and proficient. She enjoyed her co-workers and happily knew most everyone in town. She was well respected.

Family and friends were an important focus in Doris’ life. She played cards with friends on a regular basis and was a member of the Beebe Curling Club for 30+ years. She enjoyed the game and the many friends she developed through curling. Doris loved taking trips with family and friends and was always eager to join in, or host the fun, either at the cottage or at home in town. She was an accomplished cook and enjoyed creating meals for all who stopped by.

During retirement, she didn’t slow down. Doris volunteered with CAB RH Rediker (Centre d’Action Bénèvole; Volunteer Center) both as a driver for folks who needed a ride to appointments and at the Family Counter which provided clothing and small items to those who needed them.

A few years after Charlie passed, Doris sold their home and moved to the Manoir St. Francis in Lennoxville in 2017. She quickly settled in, with old and new friends alike, and participated in many of the social functions provided there.

Doris’ family has many fond memories of her sense of humour, her achievements and commitment to community, but most of all her love and pride in her four boys and their families. She will be missed by many.

Visitation will be held at the Sacré-Coeur Church, 645 Dufferin St., Stanstead, QC on Saturday, June 22nd, 2019 from 1 to 2 p.m. A funeral service will follow at 2 p.m. The family invites attendees to a light lunch in the basement of the church, following the service. Interment at the Mont Ste-Marie cemetery.

In lieu of flowers, if desired, donations may be made in Doris’ name to CAB RH Rediker, 112 rue Principale, Stanstead, J0B 3E5, or The Heart and Stroke Foundation of Canada ( https://www.heartandstroke.ca).

My deepest condolences to you all

Aunt Doris was a wonderful friend and "card buddy" to our Mom, Helene. We have gotten to know her so much better over the past 20 years and she has become very dear to our hearts. We always looked forward to getting together with her on any return to The Townships. We came to admire her so much for her devotion to family and friends, her generosity, Joie de vivre and her feisty spirit. We will miss her terribly. Our hearts go out to you for your loss.

My Deepest Sympathies to all
On the passing of this Great Lady.
Mary Lou Gustin

I remember when you and your Dad and Mom met me and my Mom in Calgary for lunch a number of years ago. It was a special time. My Mom always told me that your Mom was her best friend. My condolences my friend.

Doris and I Yvette (her sister) called each other every Sunday after Mass on Television, I know I am late for this but I did not know there were such a thing on the Computer. Sorry about this, I miss her very much, I lived in Ontario for the last 60 years and she in Quebec, like someone said she was an excellent cook and wonderful person all around, there are only two of us out of five still living. Hope to see all the children at the funeral. My deepest sympathy to the children and grand children also great grand children.
Yvette Rousseau,

I am the son of Lauréat (1921-2004), brother of Aunt Éléauza. I'm interested in family history and I would have loved to meet you this Saturday, but unfortunately it's impossible for me and my wife, Danielle.
We offer our condolences to the family. I leave you my contact information if any of you are interested in sharing information or photos about the family of Achille Poulin and his descendants, that would be great.
Serge Poulin
449 Hertel
Trois-Rivières, G9A 1G5