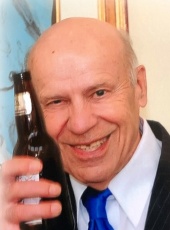 With heavy hearts the family announces the passing of Willy Christen, in his 87th year, on December 11, 2020. Willy is predeceased by his parents, brother Hans Rudolf, sister Mina and very close friends Ashton and Helen Matthews. He leaves to mourn his sister Trudi in Switzerland along with his Canadian family Bob & Faye Matthews (Amy, Pamela, Christine) and Connie & Gilbert Rhicard (Jonathan).

Willy was born in Switzerland and moved to Canada in 1955 where he eventually made Cookshire, Quebec his home. Early on, he developed a passion for harness racing which took him from Quebec to Ontario, New York and Pennsylvania. In later years he also loved canoeing and fishing at Algonquin Park as well as good times and fellowship with his friends at the camp on Lake Ashby. His last employment was with Boeing in Arnprior, where Willy lived for the last 27 years.

We would like to recognize the staff at Arnprior Villa for their kindness and support along with  the staff at Queensway Carlton Hospital in Ottawa for their compassionate care and understanding.

In lieu of flowers, donations may be made to the Arnprior Regional Health Foundation.

Arrangements have been entrusted to the care of the Pilon Family Funeral Home and Chapel Ltd., 50 John Street North, Arnprior.

A graveside service will be held at the Cookshire Cemetery, Cookshire, Quebec at a later date to be determined.