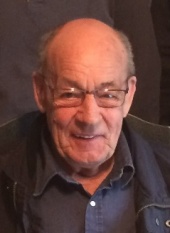 Son of the late Francis and Eileen (Stevens) Mills

He also leaves to mourn his brother Sydney (Donna), his sisters Haroldine (late Clinton Doyle), Dora and Barbara Levitt , mother of his children , and many nieces , nephews, cousins and friends.

A graveside service will be held at a later date.

to the Mills family

Derrill & I would like to extend our deepest condolences to all the family . May he rest in peace.