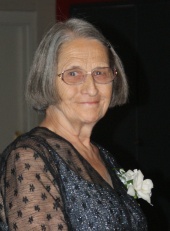 Shirley passed away peacefully on December 15, 2020. She was treated with tender love and care over a period of five years, first at the Wales Homes, then at the Argyle, then at CHSLD Youville. Shirley was the beloved Mother of the late Susan Murton (Doug) and Leslie Potts.  Cherished Grandmother of the late Sara, Amanda (Oliver), Alyssa (Adam) and Ally. Dear Sister of the late Raymond (Stella Todd),   Gordon (Audrey), the late Phyllis Crack (late David (Butch) Crack).

Shirley had grown up in Bulwer, had worked in Montreal some years, back to the townships then on to Edmonton where she worked one on one for the Red Cross. She then spent nineteen years with her daughter Leslie and family. She very much enjoyed her family, and was able to travel to the West where Susan lived. Shirley was a very intelligent person, absolutely loved playing 500. That being one of her passions, the other was dancing.   She also was very serious about her faith. Other than her immediate family, Shirley leaves many cousins and good friends, especially, Margaret Harvey Wright and Bessie Mills.

A service will be held at a later date.

She will be missed.

I am so sorry for your lose, i remember being a kid at Auntie Phyls and Uncle Butchs when u use to come visit. also enjoyed it,, Sympathies thinking of u all, Hugs from cheryl..