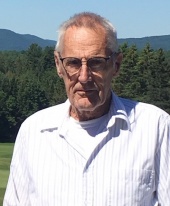 In lieu of flowers, donations may be made in Lester’s memory to the Hatley Cemetery Association, 915, Massawippi St. North Hatley, QC J0B 2C0.

Dear Cousins, The whole Galen Drew Family want to express our deepest sympathy at the loss of a brother, uncle and a great person. We will always remember him as the wonderful person he was. As a father he was amazing, he loved his children, he loved his family and he loved his parents. Mostly he loved Aunt Judy unconditionally, a lesson we all need to take to heart. He set an example we all need to emulate.
Our prayers are with all of you.
Love
Nancy and the whole family. Especially Mom and Dad. ( Dad does not always remember everything everyday, but he know he has lost someone dear to him)

I am so very sorry for your loss. I only met your Dad a few times but he was always nice and so good to his family. Hugs and prayers for you all ❤️