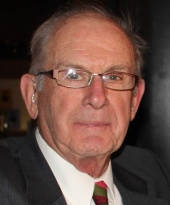 The Reverend Canon Keith Perry-Gore passed away peacefully on October 4th 2019, from a battle with dementia and physical decline.

Born in England, on October 31st 1934, he leaves his wife Jane (nee Richardson) of 60 years. He was brother to Susan and Elizabeth (deceased), father of Alex (Cathy), Bridget (Vincent), and Clive (Nicole), grandfather to Kelli, Luke, Kaitlin, Renee, Sophie, Rachel, Jessica, Kevin, and Trevor and great grandfather to five.

He spent his youth in Tortola, BVI returning to England where he attended St. Edwards School and Theological College in Westcott House, Cambridge, UK. He was ordained as an Anglican minister in 1962. With two children in tow, the family moved to Barbados where he led the congregation of Holy Innocents Church until 1970. In search of adventure and opportunity for his young family, he immigrated to Canada moving to New Carlisle, and finally to North Hatley, QC. He was Rector of St. Barnabas North Hatley, Christ Church, Eustis and St. John’s, Waterville until his retirement in 1999.

Keith was never one to let his opinion go unheard and loved an audience. He was a showman at heart and loved to sing, laugh and entertain. He was an optimist who owned many musical instruments and only mastered ukulele. His real instrument was his voice. Whether he was singing “Where Do The Flies Go” to his grandchildren or performing on stage in a Gilbert and Sullivan musical, it was when he was at his best. One never knew when he was going to burst out into song.

He was an athlete, playing competitive rugby in his youth and for many years played squash at Bishop’s University in the winter and in tennis in North Hatley in the summer. In both sports he revelled and giggled when able to outsmart his opponents with his “trick shots”.

He loved to laugh, loved his family and loved to take his afternoon “siestas”.

The family would like to thank all the staff from the Wales home for their outstanding care during the last year of Keith’s life.

His final words a month before his passing were “My darling Jane”.

The funeral will be held on Thursday, October 10th at 3pm at St. Barnabas Church in North Hatley. Please join us for refreshments afterwards in the church basement.

In lieu of flowers, please make a donation to Wales Home where he spent the last year of his life.

You quite probably won't remember me but I certainly remember your wonderful husband and you. He christened my three children years ago and always made going to church interesting and wonderful. My sincere condolences.

I was the rector at New Carlisle and Yes, HE WAS fondly remembered by one and all!!
I got to know Keith when I was sent to the townships. His mind was keenly sharp at diocesan meetings while he reveled in getting people rilled up over a quick quib and then would say that it was "just a point of order".
He could be a handful yet he was a good friend to the core.
I will say a requiem mass for Keith next week.
I wonder if Saint Peter is ready for him at the Pearly Gates?

Dear Jane and family , we want to offer you and your family our Condolences in this time of great sorrow .Sincerely Louis Grenier and Lucie Viens