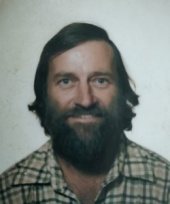 On May 29th, 2021, James Enoch Boomhower passed away at the age of 71, in Stanstead Quebec, after a lengthy illness. He was the son of the late George Walter Boomhower and the late Hilda Beane.

Uncle Jim was a good kind soul to all. He did not live to impress anyone, a hard worker and always quick to lend a helping hand to others. He liked to dream and our plans were to have a picnic on the Pinnacle, then pack up and travel out West, eating apples and spreading the seeds like Johnny Appleseed.

To sum up his life he would have said: “I DID IT MY WAY”.

As a memorial tribute, donations to the Heart and Stroke Foundation, 100-2630, King West, Sherbrooke, QC, J1J 2H1, would be appreciated.

We would like to extend our sympathy to you following the passing of your Dad.

To the Boomhower Family

Our Sympathies to all the Family.

My sympathies to the family

My condolences, he was such a sweet man, and every time I saw him, I made sure to take the chance to chat with him, he was always so happy to have a conversation. R.I.P Uncle Jimmy. ❤️

Rest in peace “Jimmy Boom” always enjoyed our chats since our first one back in school.

My condolences. I met James only ounce through my son Peter who would come and stay a few days at my father’s camp that was just across the road, I saw a kind face.
My son spoke highly of James and was very sad at his passing away.
His mission on this earth was done, he had to leave.
RIP

Hi, i'm very touch and sad..i have lost my Friend Jim. I go often at my grand Father Distefano camp on Haskell street. Every time i stop to go see him. He show me what he add done around is place and we chat a few moment and we both say " See you next time"
I went there again and i knew allready he was not well..so i went across the street and the man told me Jim is with is niece..and he won't come back...i was in stock.. i wanted to talk to him..i even left my car.. no answer..
He will be miss very much...he was à gentle and King Man!!! Alway's there to help you. I will but his picture at the camp. Every time since,i go very slow and look at his house..and good memories go by..i miss him a lot since.
May God bless you my good old Friend..Jim !

Stacey and The Boomhower family