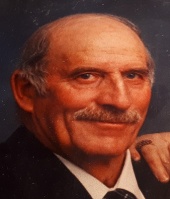 It is with great sadness that the family announces the sudden passing of Evan at the Wales Home, Richmond, QC on December 24, 2019 at the age of 89 with family by his side.

A visitation and service will be held at a later date.

For those who wish to donate in Evan’s memory may be made to the South Durham United Church c/o Mary Gunter, 230 Gregoire St. South Durham, QC J0H 2C0 would be appreciated.

Anne and I wish to express our deepest sympathy and prayers as you walk the paths of sadness and loneliness during the days ahead. May you all sense the Lord's comfort and healing during the difficult days ahead. You have our love.