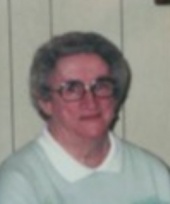 It is with great sadness that we announce the passing of Elizabeth Harrison (nee Henderson) at the CHSLD in Magog on June 21st, 2021, at the age of 85 with her son Scott by her side. She was the daughter of late Arthur Henderson and late Annie Johnston of Beebe, Quebec. She was the wife of the late Valmore Harrison.

She leaves to mourn her sons Scott (Lina Leblanc) and Randy (Niki Dostie). She was predeceased by her son Barry (Carole Lachance). Dear grandmother of Danny, Jennifer, April, Louise, Nathalie, Michael, late Mathew, Ashley, Christie, Hailey, Tayvin and Kendrick. She was the sister of Doug (late Charity), Charles (late Daphnee), late Elsie and the late Grace. She will be missed by extended family members, many nephews, nieces, brothers and sisters in law and dear friends.

She will be remembered by many. Her sense of humor and her kindness will be missed the most.

As per her wishes, there will be no visitation, no funeral. There will be a private interment at a later date.

We would like to thank the staff at the CHLSD in Magog for their care especially Victoria Gallagher, Sebastien Robert, Gloria Elliot, the 3 Nancy's, singing Louise, Kathleen and many more who cared for her for the last 3 years. A special thanks to Bunny Noël, Carole Lachance and Winnie Lapointe for helping while she was still at home. Thank you also to Tanya Simoneau for all your help with food and respite.

So many people cared for her, and we appreciate each and every one.

In lieu of flowers, donations may be made to the Cab Rediker, 112, rue Principale, Stanstead, QC, J0B 3E5.

To the Harrison family

So sorry for the lose of your mom, grandmother and great grandma,, She was one of the sweetest ladies i have ever now,, R.I.P lizzy , i will never forget u ,,FLY HIGH Sweet Angel,, we always had a great time liz at the legion,, no one will take your memories from, love u till we meet again xo

Scott, Randy and the entire family

Jonathan and I cannot express enough how sorry we are for your loss. Sending you you our love and prayers

I am blessed to have been able to meet you. Telling me stories about your Boots always made my day! Thank you for these sweet loving memories

MY DEEPEST SYMPATHIES TO ALL OF YOU .;
MAY SHE R I P/

My husband and I extend our sincere condoleances to the family. We are sorry for your loss.
Sending prayers for you.
Richard L. and Diane (Gilbert) Smith
Stanstead Qc

I am sending my condolences to the whole family...May Aunt Libby RIP