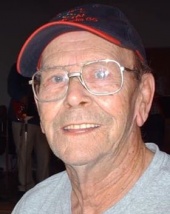 A graveside service will be held at the Bury Protestant Cemetery on Saturday October 12, 2019 at 1 PM.

In lieu of flowers, donations to Parkinson’s, Bury Protestant Cemetery, St Paul’s Rest Home or a charity of your choice would be appreciated by the family.

Family of the late Donald McCormick

My deepest sympathy in this your time of loss. May you find solace in your memories and in the knowledge that Don rests in peace in the arms of our Lord.

The families and friends

My sincere sympathy to all. Don will be missed by all of us .May he rest in peace .