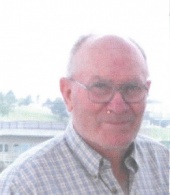 Donald Richard Wright entered into the presence of the Lord on December 4, 2020.

Beloved husband of Dawn Tucker and the late Ann Tucker and dear father of Stephen. Survived by his brother Willard (Lillian), his sister-in-law Phyllis and was predeceased by his sisters Bernice, Dorothy, Phyllis, his brothers Howard, Gordon, and Kenneth. Donald will be sadly missed by many nieces and nephews.

Donations in Donald’s memory please donate to a charity of your choice.

A private burial will be held at a later date.

So sorry to hear of Dons passing we will miss him , a very special man .

To the Wright Family

So sorry for your great loss of Donald.

Our deepest sympathy to you all.

Our thoughts and prayers are with you at this very difficult time.

Our sincere condolences in the loss of your loved one.

We were very saddened by the death of Donald Wright. He was a very good person who loved all and especially all of the down homers. Our sympathies and prayers go out to the Wright family.

Sincere sympathy to you both. We will miss Donald at our functions here.He always had a smile and something to say!