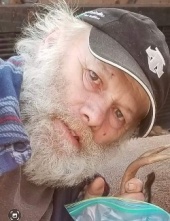 Albert John passed away peacefully at the Hôtel Dieu Hospital in Sherbrooke on July 5, 2022, at the age of 63. Originally from Fitch Bay, he was the son of the late Edgar Rodrigue and Ruth Buzzell.

He is survived by his sisters Barbara (Alex) and Marguerite. He was the brother of the late Donald and Denis. He also leaves behind his nephew Justin and several other nieces and nephews as well as many friends and relatives.

The family would like to thank the nurses and doctors of the Hotel Dieu hospital 3rd floor.

A graveside service will take place at the Mont Ste-Marie cemetery in Stanstead at a later date.

My sympathies to his family and friends.

My deepest sympathies to his family and friends.